Bacteria (singular: bacterium) are prokaryotic, generally unicellular organisms, which exist as single cells or as cell clusters. They are among the organisms that are too small to be visible to the naked eye. Thus, they can only be seen with the aid of a microscope. An exception to this is Thiomargarita and Epulopiscium which are visible without a microscope.

The presence of bacteria may be considered ubiquitous. They are, easily, the most abundant of microorganisms, and are present virtually everywhere. Bacteria grow in a multiplicity of environments ranging from hot sulfur springs (65 ° C) to deep freezers (−20 ° C), from high (pH 1) to low (pH 13) acidity and high (0.7 m) to low osmolarity (water). In addition, they can grow in both nutritionally rich (compost) and nutritionally poor (distilled water) situations. Hence, although each organism is uniquely suited to its own particular environmental niche, and rarely grows out of it.

Majority of bacteria do not cause disease but serve as useful scavengers in the breakdown of organic matters and its re-synthesis into living organisms; they are essential in the cycle of life. The power to invade tissues and cause diseases in humans, other animals, and plants is regarded by most bacteriologists as a form of aberration because it is self-defeating; that is the host is destroyed by the invasion.

This article shall encompass briefly the major cellular structures usually encountered in the bacteria. It will provide answers to the following questions.

Bacteria being prokaryotic in nature are much simpler in comparison to the eukaryotic cell. In addition to this, they have three distinct characteristic features, namely:

Much of bacterial cell structure is well understood, thanks to the successes recorded in special histological techniques and electron microscopy.

Different species of bacteria have varying shapes and sizes but generally, bacteria have a size range of 0.5 µm to 0.3 µm in diameter and 0.5 µm to 10 µm in length. The diagram below portrays the structures and features of a typical bacterial cell. 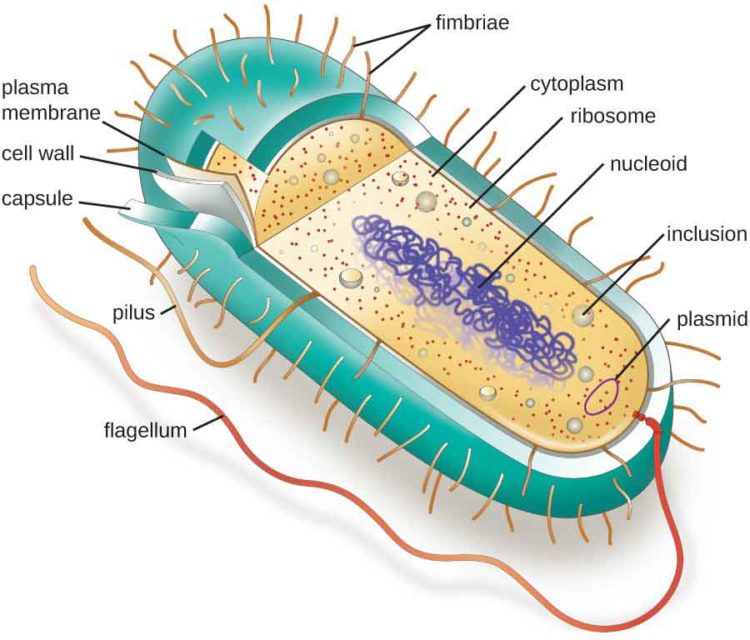 The outermost surface of a bacterial cell consists of a layer of excreted polysaccharide material. This viscous material that essentially forms a covering layer or a sort of envelope around the cell wall material is called slime layer if it is loose and slimy.  In some bacterial species, the material is compact and rigid, in which case it is called capsule.

The slime layer/capsule provides protection to the organism against adverse environmental conditions. Thus, it protects the cell against desiccation, chemical antimicrobial agents, and antibiotics as well as phagocytosis by immune cells.

In addition to its protective function, the extracellular polysaccharides (EPS) may invariably promote attachment of bacteria to each other and to the substratum in biofilms (for example, Streptococcus mutans). It can also function in virulence. Streptococcus pneumoniae provides a classic example as it depends upon its polysaccharide capsule for pathogenicity.

Directly below the cell surface layer (slime layer/capsule) is the cell wall. The cell wall is one of the most important structures of the bacterial cell and one of the things which sets it apart from animal cells.

The bacterial cell wall has two major roles to play:

Although in some bacterial species, the cell wall may be flexible, it is generally associated with a rigid nature.

Bacterial cell wall consists of a specific alternating arrangement of molecules of N-acetylglucosamine and N-acetylmuramic acid to form a glycan chain. A tetrapeptide string of amino acids attached to each molecule of N-acetylmuramic acid, while pentaglycine bridges interlink the tetrapeptide strings of adjacent glycan chain. The resulting polymeric structure is called peptidoglycan or muran.

The peptidoglycan-based cell wall is unique to bacteria. It is absent in eukaryotic cells. It is the target of action of some antibiotics, which can selectively kill bacteria with little or no harm to the host.

Flagella (singular: flagellum) refer to thread-like structures attached to the surface of some bacteria. They enable bacteria to move and cells lacking flagella are nonmotile. Flagella are approximately 0.01 µm in diameter and 15 µm in length. They are made up of repeating units of a simple protein called flagellin.

Where the filament enters the surface of the bacterium, there is a hook in the flagellum, which is attached to the cell surface by a series of complex proteins called the flagellar motor. This rotates the flagellum like a propeller up to 300x per second, causing the bacterium to move 200 times their own length per second through the environment.

The numbers of flagella per bacterial cell vary with bacterial species. Some have a single, polar flagellum and thus are described as monotrichous, whereas others are flagellate over their entire surface (peritrichous). A single flagellum (or multiple flagella) can extend from both ends of the cell – if so, the bacterium is said to be amphitrichous. A tuft intermediate form (lophotrichous) that extend from one end or both ends of the cell also exist.

Arrangement of flagella on the surface of bacterial cells

Much like flagella, fimbriae consist of protein subunits. Fimbriae are, however, shorter (3 µm), finer, and more rigid than flagella. They are not involved in motility rather they serve as instruments of attachment of bacteria to surfaces and tissues, especially in the course of infection. Fimbriae are also responsible for haemagglutination and cell clumping in bacteria. Among the best-characterized fimbriae are the type I fimbriae of enteric (intestinal) bacteria. 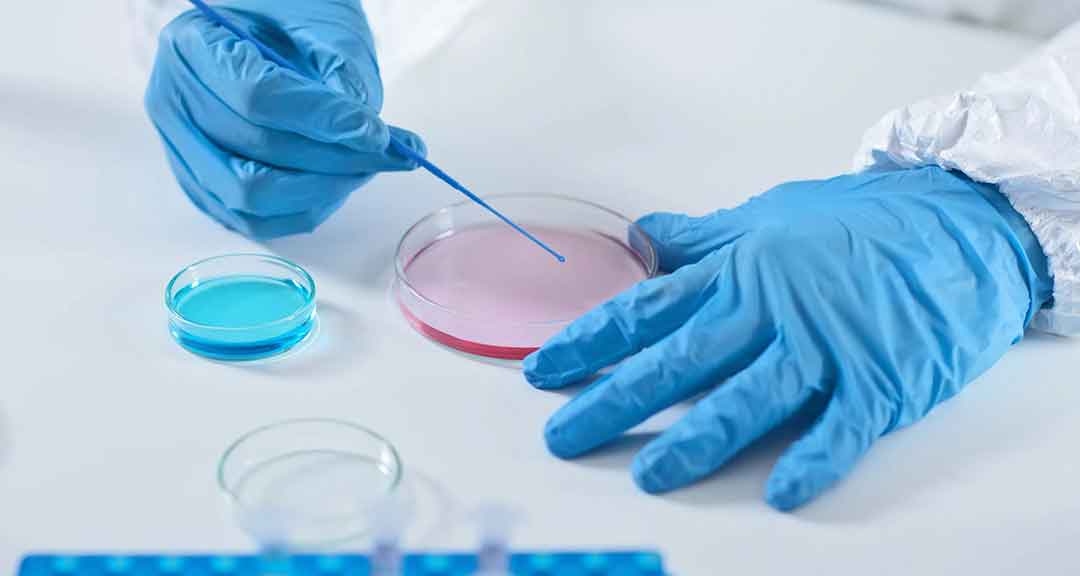 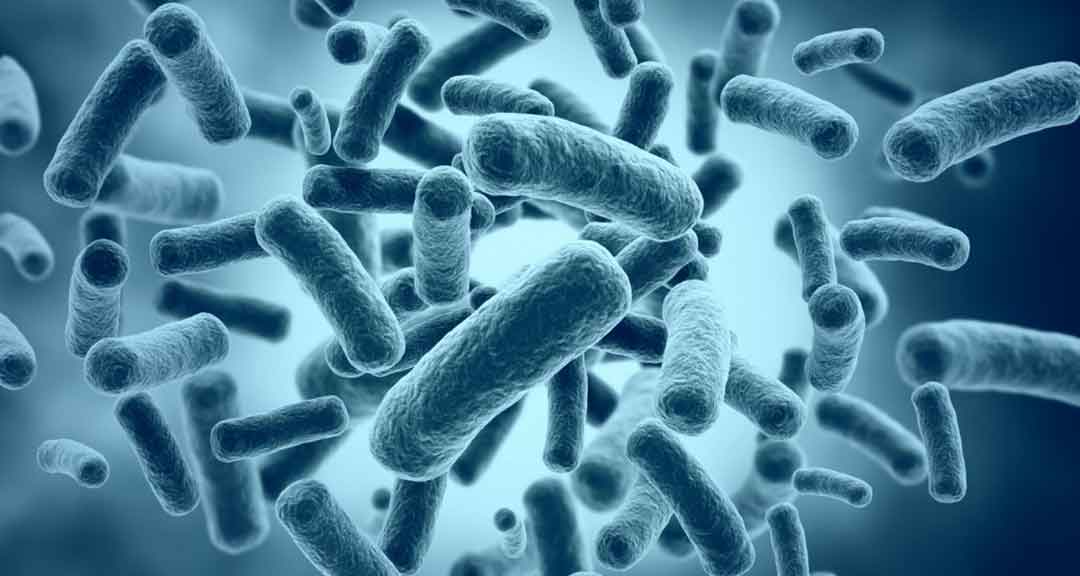 The Benefits Of, And Problems With, Microorganisms 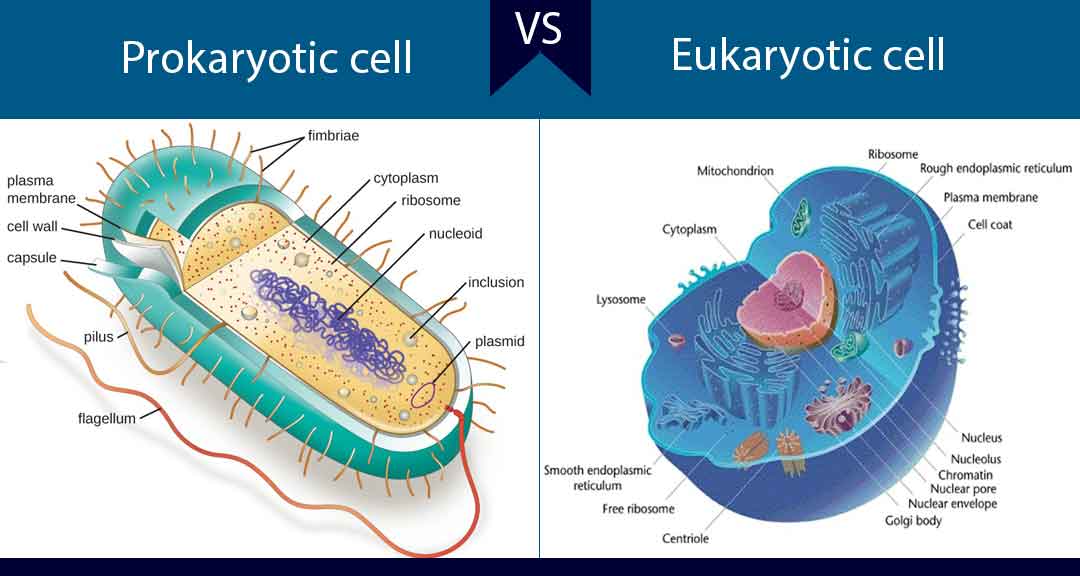 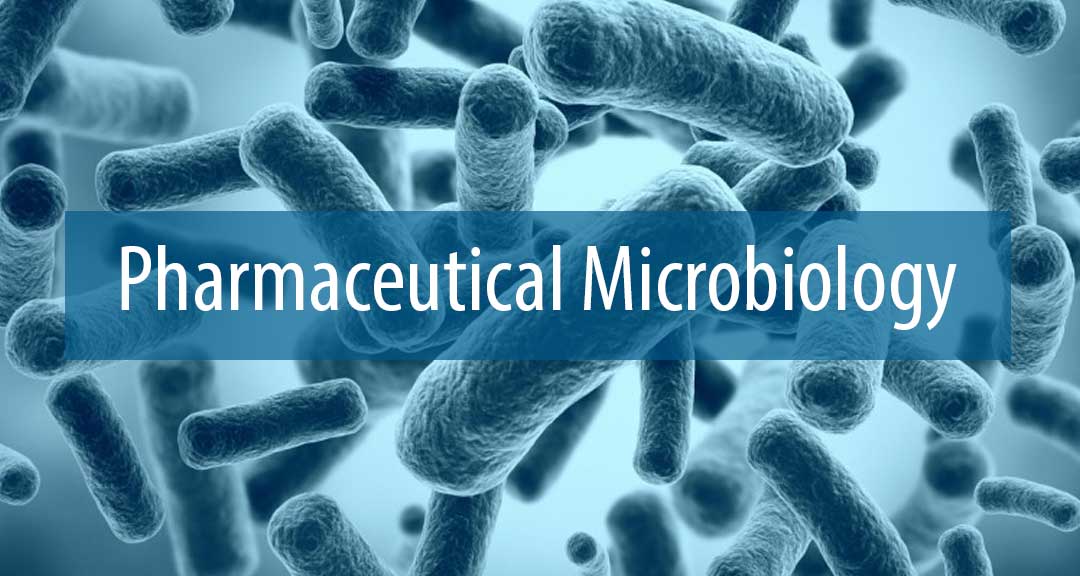